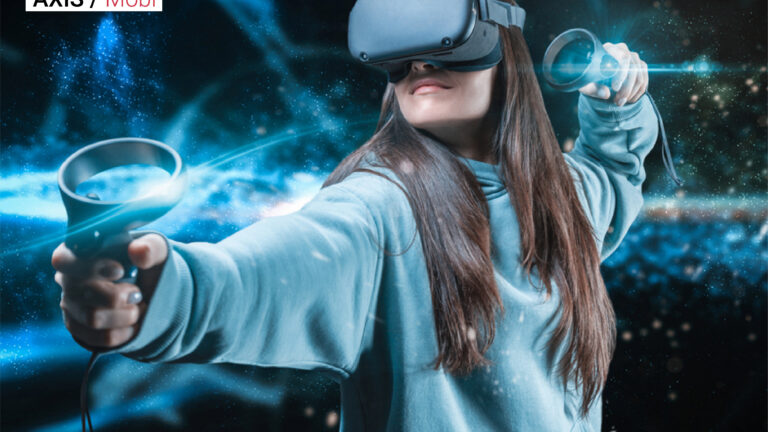 The gaming business is constantly changing, and in 2020, it experienced one of its most significant growth spurts. When the COVID-19 pandemic forced people to stay indoors, they turned to games of various types, tabletop and online. It was also a year when specific game models, pandemic or not, came into their own.

In the year 2020, virtual reality, for example, became mainstream. Online multiplayer and social gaming have exploded in popularity, such as Farmville and Among Us. The Nintendo Switch was once so popular that it was sold out for months.

Even though the COVID-19 pandemic is winding down, consumer interest in gaming continues to soar. According to a recent analysis from ResearchAndMarkets, the global console games market will reach $67.1 billion by 2023, with a compound annual growth rate (CAGR) of 13.4%. MarketsandMarkets forecasted that the worldwide gaming market will grow at a CAGR of 12% between 2020 & 2025 in a separate analysis. Gaming is an exciting industry to be a part of. Still, certain types of gaming are gaining traction faster than others.

Here are ten gaming trends that accelerated in 2021: 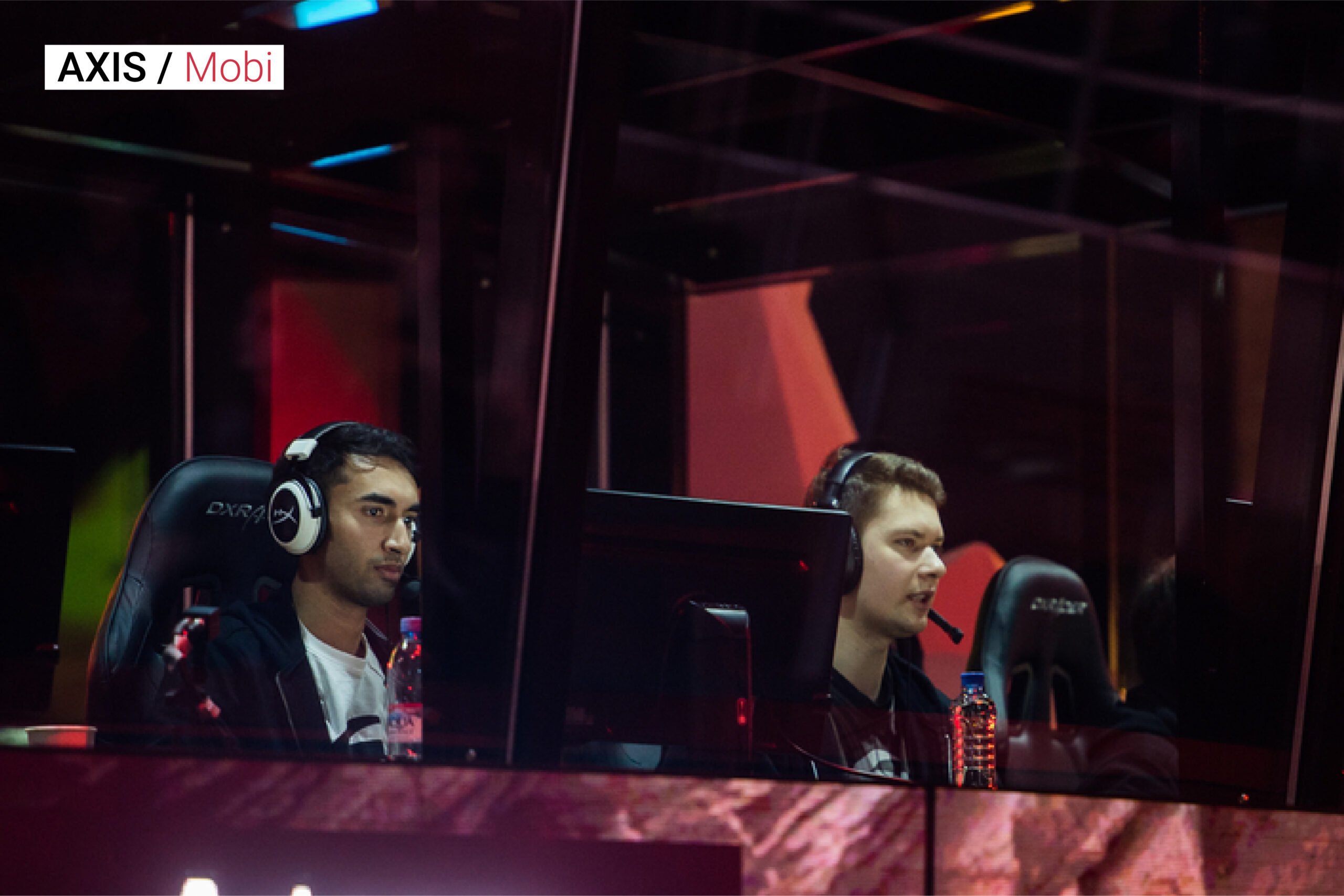 “The increase in esports is arguably the largest trend to come out of 2020 and into 2021,” said Tory McBroom, creator of the McGamers on YouTube. “The epidemic essentially shut down real-life sports for a prolonged period, creating a need for competitiveness that esports was able to satisfy.”

McBroom is particularly fascinated by the fact that, despite the return of live sports, the increasing trend of esports hasn’t slowed, noting that esports witnessed a 69 per cent increase over 2020, with a continued climb into 2021.

“I believe the rise of esports will have an impact on the gaming business by affecting the sorts of games created,” McBroom added. “Game developers will capitalize on this trend by producing more esports-compatible games, such as MOBA (multiplayer online battle arena) games and other competitive multiplayer games.” 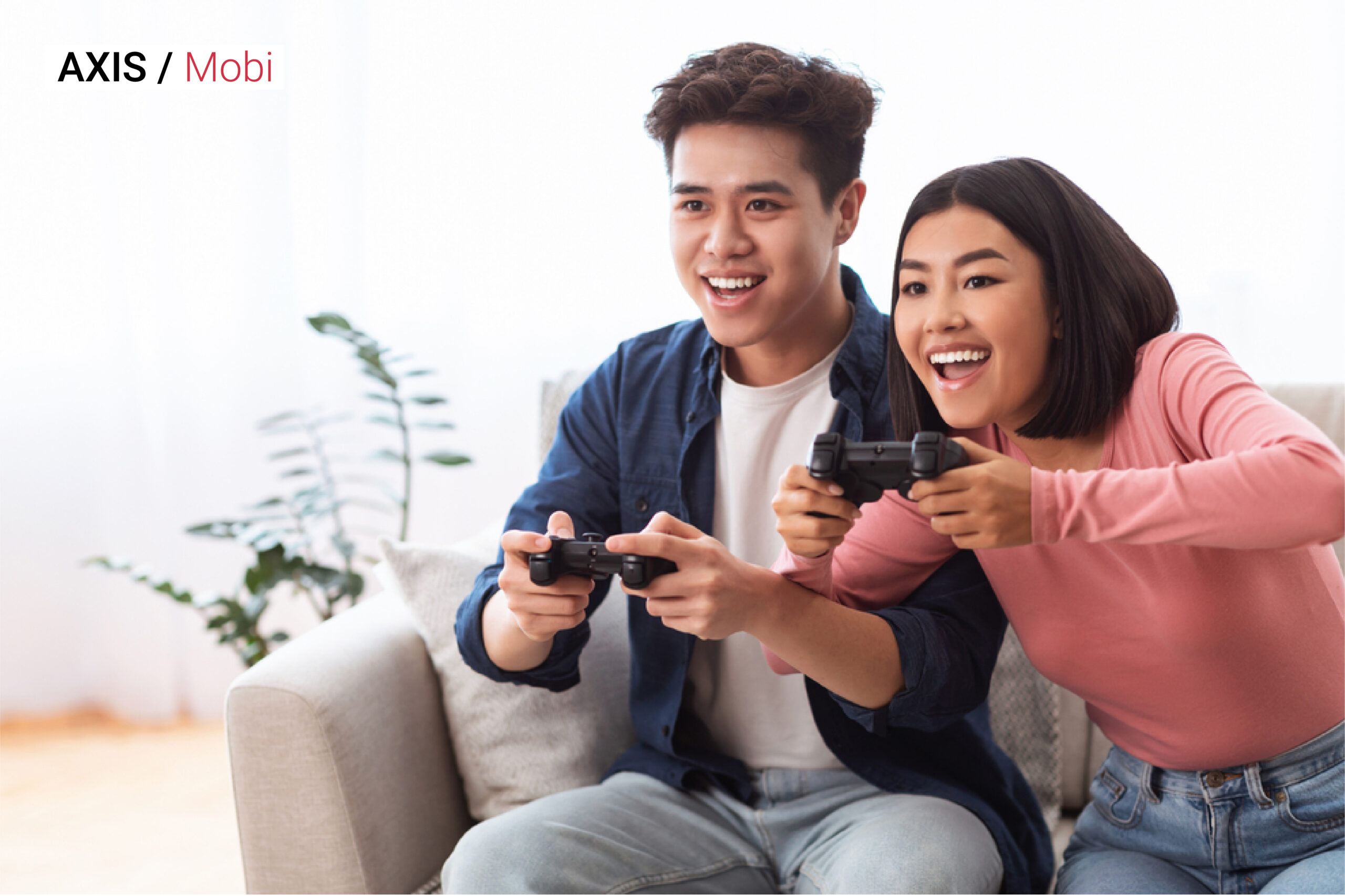 “Social gaming existed before the pandemic, but it expanded during limitations when, as we’ve stated, ‘down on the corner has become up on the server,'” said David Kleeman, SVP of worldwide trends at Dubit. “Whether they create the link themselves (Discord, Twitch) or the social space existing within the game (Roblox, Fortnite), young people are spending time in games that allow them to socialize while playing or watching.” 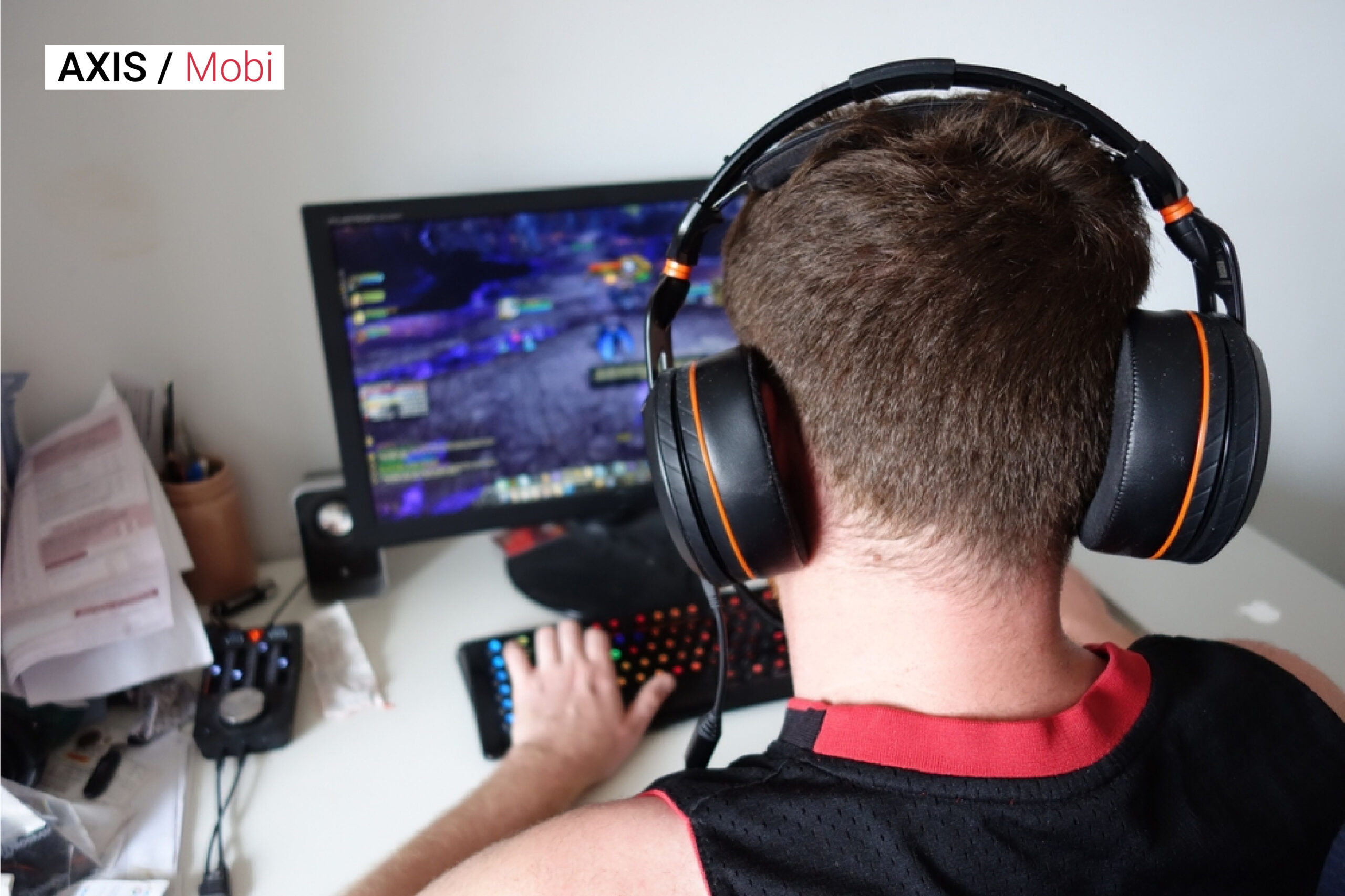 Unless you’re a die-hard gamer, you’ve probably never heard of the word “roguelike.” This game type is a subgenre of role-playing games influenced by fantasy tales, as represented by the revolutionary match from which it takes its name, the 1980 classic Rogue.

“In recent years, roguelike games have gone from an indie gamer passion to appearing in some of the most prominent games of 2019 and 2020,” stated Adrian Covert, tech editor at SPY. “These are games with randomized aspects and steep difficulty curves that result in fast deaths yet encourage players to try again.” Hades was the most popular game among many famous critics in 2020, and many more roguelikes, such as Loop Hero, may be expected in 2021.”

4. Gaming on the Cloud 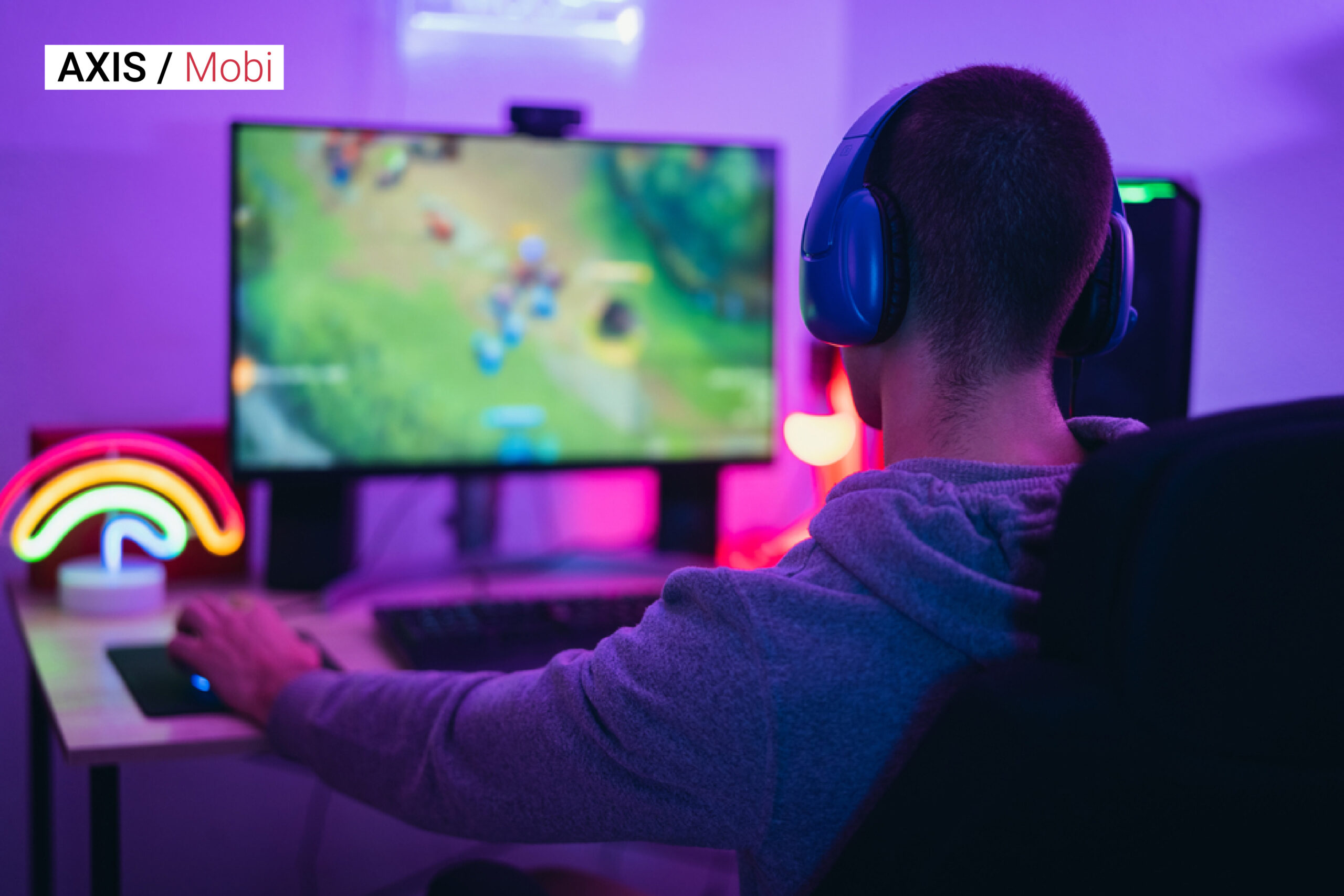 It’s one thing to watch on-demand, but what about playing on-demand? This is another burgeoning trend in gaming.

“Cloud gaming has gained significant traction on consoles and PCs in recent years,” said Raheel Hasan of cloud-based streaming platform 1App. “However, the increasing rise of edge computing and 5G networks, as well as the associated improvement in latency (reaction time), presents a great potential for cloud-based mobile gaming.” It opens the door to the development of Netflix-like programmes that collect games rather than simply television material.” According to Covert, cloud-based and subscription-based gaming services are already taking off.

“While Google Stadia may have fallen short of its lofty cloud-service ambitions, Amazon Luna has looked promising in beta, and Microsoft’s slow integration of its xCloud technology into Xbox Game Pass has resulted in two services that are affordable and highly functional ways to play games that would otherwise require top-tier gaming hardware,” Covert said. “Microsoft’s acquisition of Bethesda has given its Xbox Game Pass subscription service a significant boost, with games like DOOM, Fallout, and The Elder Scrolls added to the portfolio.” As a result, Sony has been compelled to treat its PlayStation Plus service considerably more seriously than in the past.” 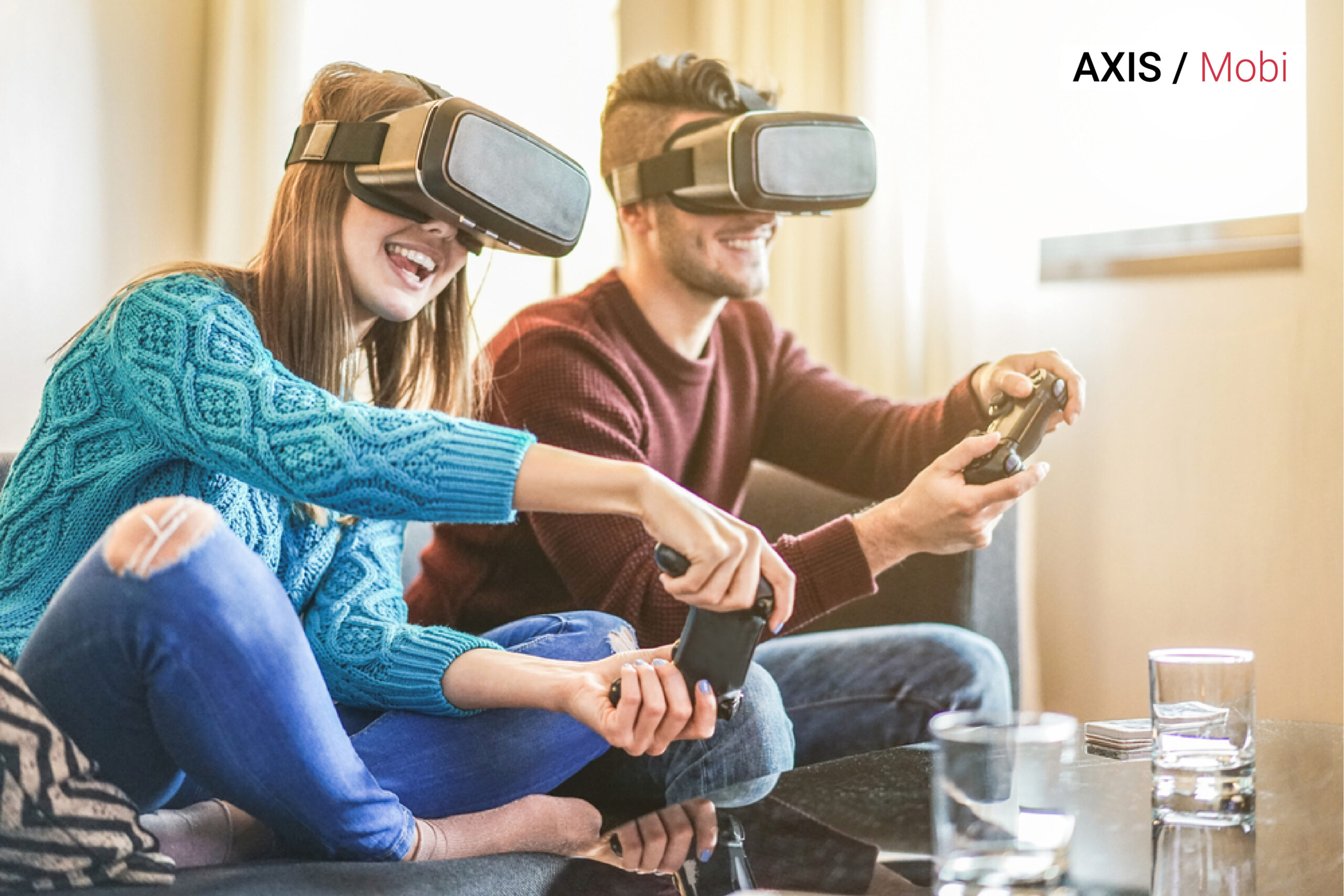 We’ve heard about the inevitable breakthrough of virtual reality (VR) gaming for years. VR has now entered the mainstream, owing partly to the breakthroughs of Facebook’s Oculus Quest all-in-one device, which was released in 2019. The Oculus Quest is the first VR gear that doesn’t require any additional software or a high-end PC to play, making it a trailblazer in the previously difficult (and exorbitantly expensive) area of VR.

“Virtual reality can deliver full immersion and interactivity,” stated AEXLAB CEO Jonathan Ovadia. “VR is where the internet was 20 years ago; it’s a young but rapidly expanding sector with the potential to revolutionize everything.” The number of gamers globally is continually growing and is expected to approach 3 billion by 2023. The worldwide games market revenue for 2020 was around $159.3 billion, representing a 9.3 per cent growth year on year.”

“The worldwide VR in the gaming market is estimated to reach $92.31 billion by 2027, rising at a CAGR of 30.2 per cent during the forecast period,” Ovadio added. “The growing desire for technologically advanced electronic games among millennials is expected to fuel market growth from 2020 to 2027.”

6. Board and card games 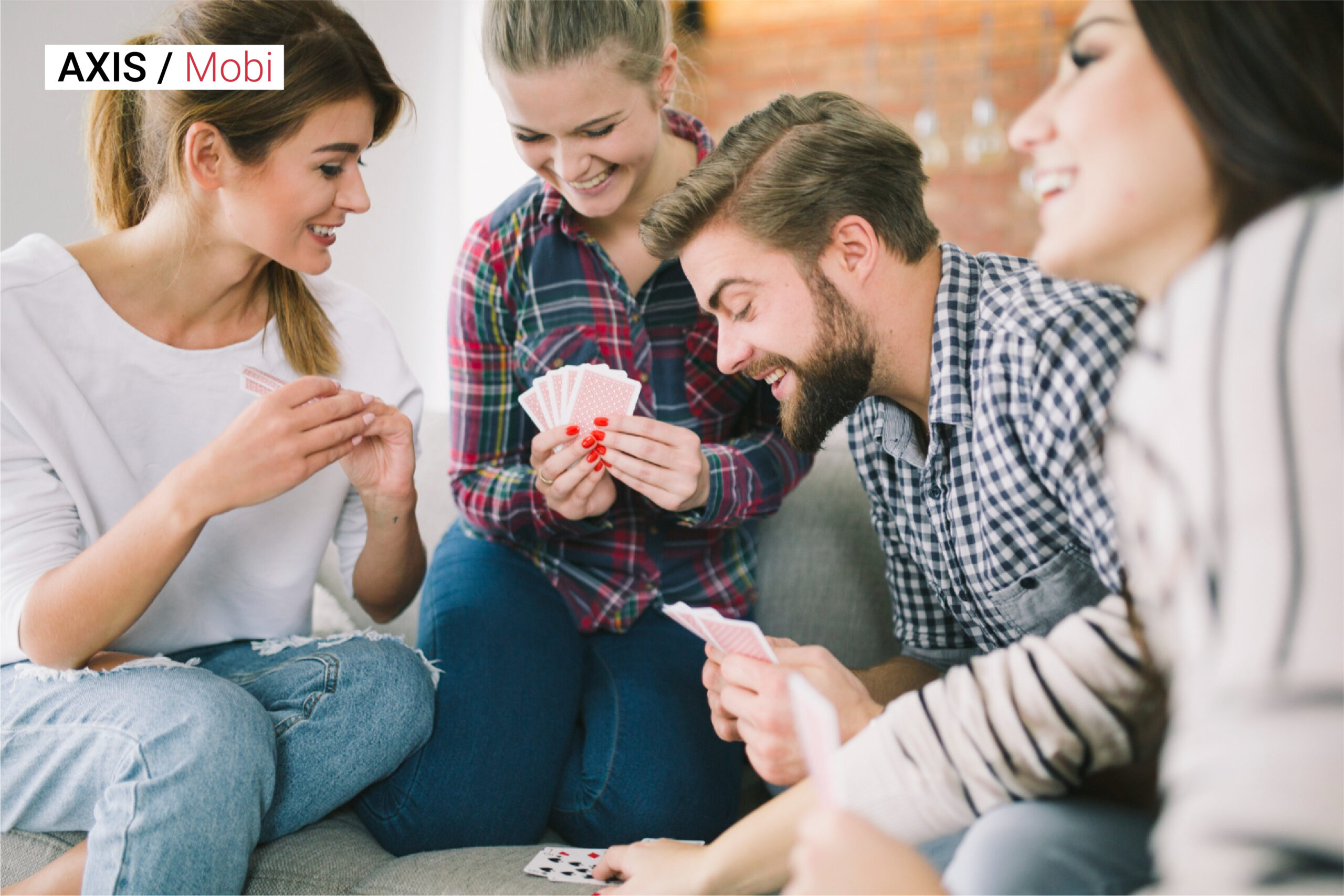 While “electronic” games may steal the show in 2021, the rising popularity of board and card games must not be overlooked.

“Customizable trading card games, such as Pokémon, are more popular than ever,” said James Zahn, senior editor of Toy Insider and Pop Insider. “Pokémon Battle Academy won Game of the Year at The Toy Association’s TOTY Awards last year, and for a good reason: it gave an exciting method for youngsters and adults alike to learn how to play with Pokémon cards together.” The collectable game cards for that brand are commanding record prices on the secondary market as it celebrates its 25th anniversary this year.” Classic board games also significantly boosted during the epidemic, which is still ongoing in 2021.

“In terms of family games, the epidemic boosted sales of traditional titles like Monopoly, Jenga, and Scrabble,” Zahn said. “UNO, which is celebrating its 50th anniversary this year, is bigger than ever, with a film and television agreement.” Candy Land was turned into a reality show last year, and other games, such as Risk and Whac-A-Mole, are being created for television. Those games are still popular among families that play together. In such a content-hungry society, witnessing vintage games make the transition to the screen is an enticing idea. The game-to-TV trend is still in its early stages. Still, it is expected to gain traction in the coming years.” Work and other tasks may be made more fun by gamifying them. Games are no longer merely for entertainment; they can also be used to get jobs done in a more “fun” way.

According to Julien Faure, VP of Unity, a gaming and real-time platform, the “gamification of day-to-day job duties, productivity, virtual collaboration, and training” is becoming more popular. “For example, by converting a construction site job training film into a VR game, workers may be actively involved, receive a score based on how well they performed, and desire to be instructed.” 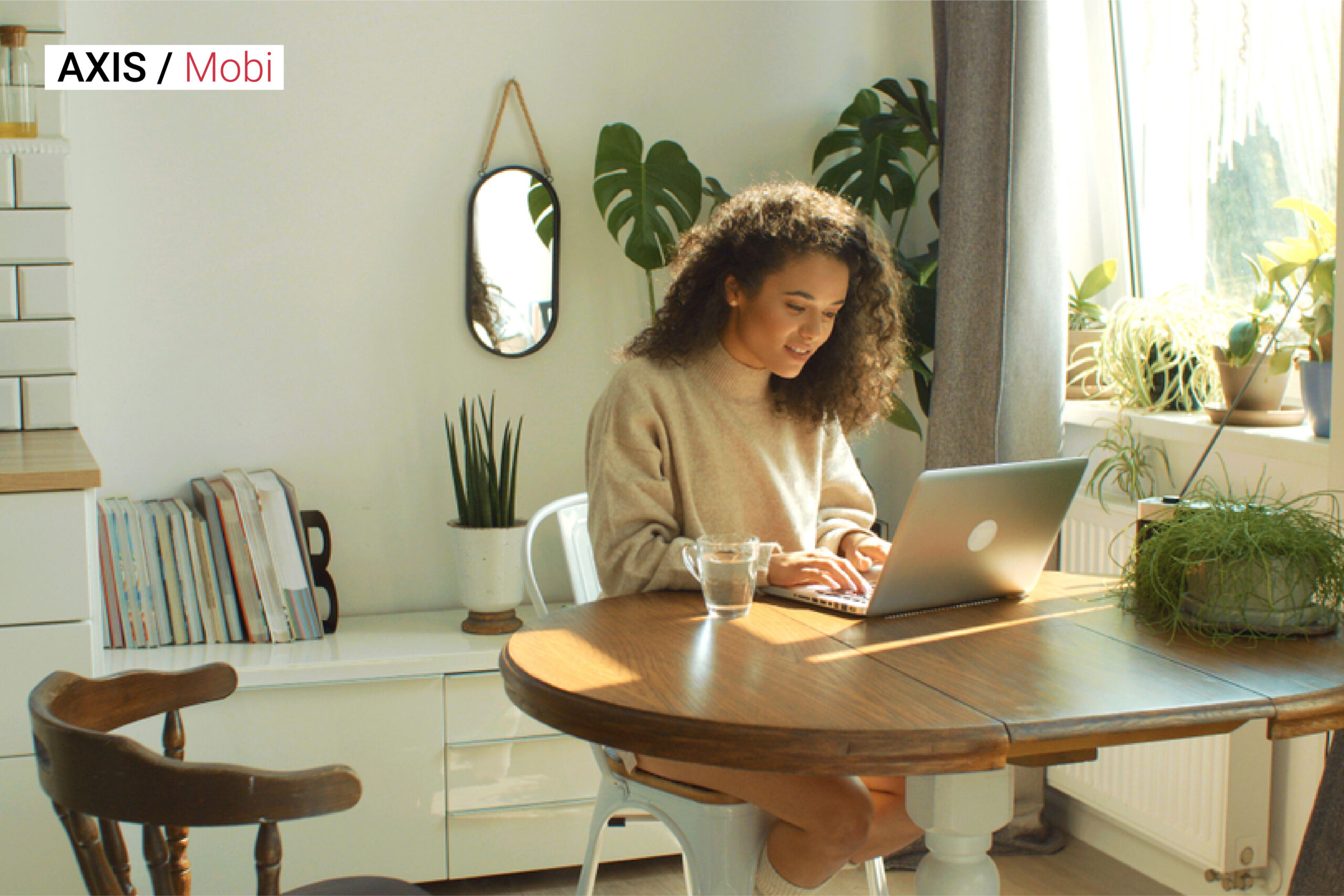 “With a renewed emphasis on mindfulness, relaxation, and mental health in 2020, this year is likely to offer us even more inventive games keen on helping us unwind while keeping grounded,” said Greg Hartrell, Google Play’s head of product management.

“While many games focus on magical escapist experiences, games like #SelfCare transform everyday activities like getting out of bed into pleasant and meaningful experiences. Other games, such as Guardians: Unite the Realms from MIT’s Media Lab, employ a fantasy-based game to teach good habit development and crucial abilities in the battle against depression. Self-care games will give rise to a genre that “gets real” by linking to real-world occasions and delivering actual self-care aid as individuals get more in touch with their mental and physical requirements.”

8. Crowdfunding and Other New Methods of Game Launch 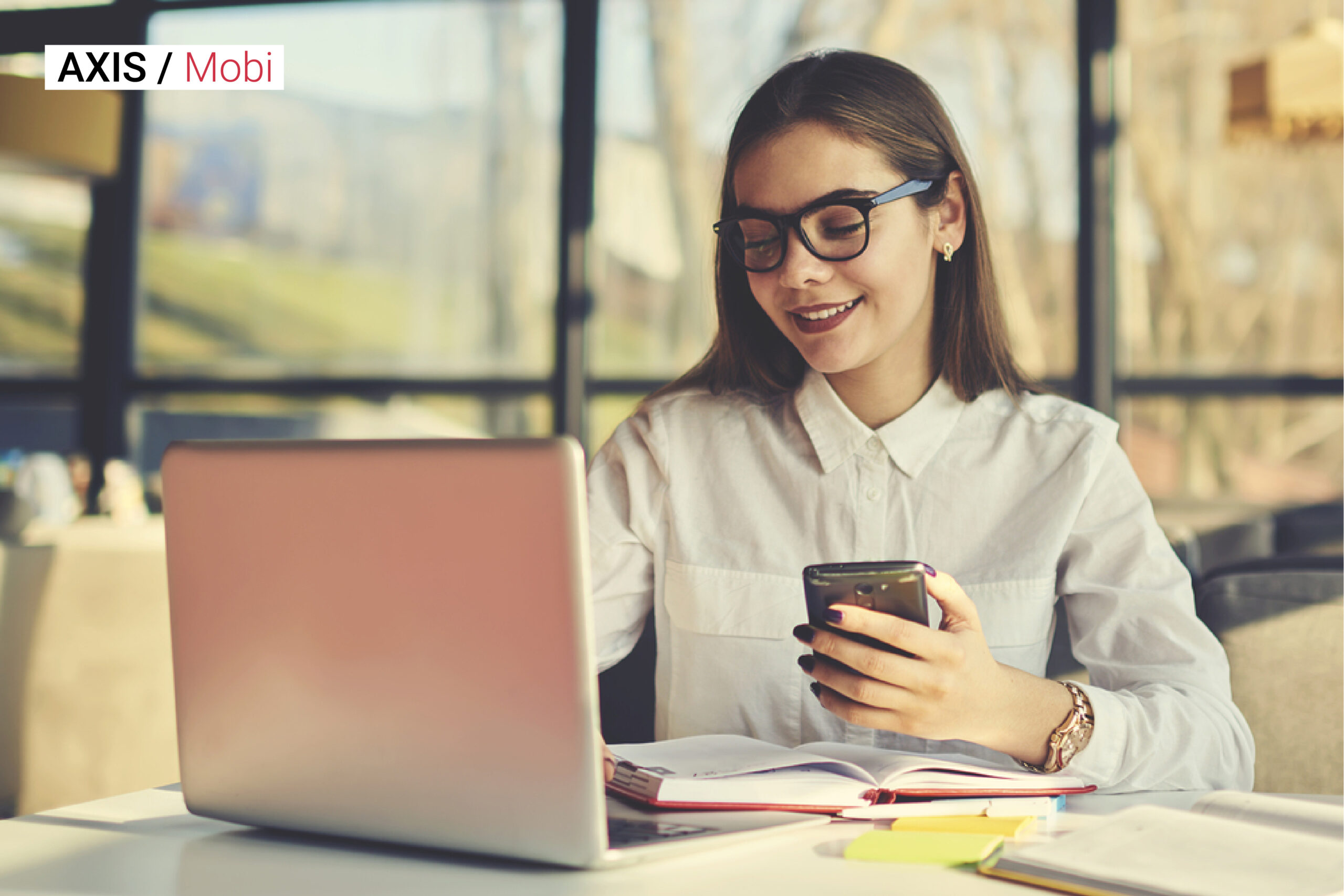 In addition to developments in the gaming business from the player’s standpoint, we’re seeing new methods for a game being marketed and/or released into the public. Brick-and-mortar game purchasing, like so many other things, is losing momentum.

“Another growth area that should continue to flourish is other means of financing for games,” says Derric Clark, professor and chair of game studies at the University of Advancing Technology in Tempe, Arizona. “Developers have several options for bringing their games to market, from crowdsourced financing schemes to early access titles.” Connecting this to digital distribution will help to sustain the independent gaming community and allow these titles to thrive.” 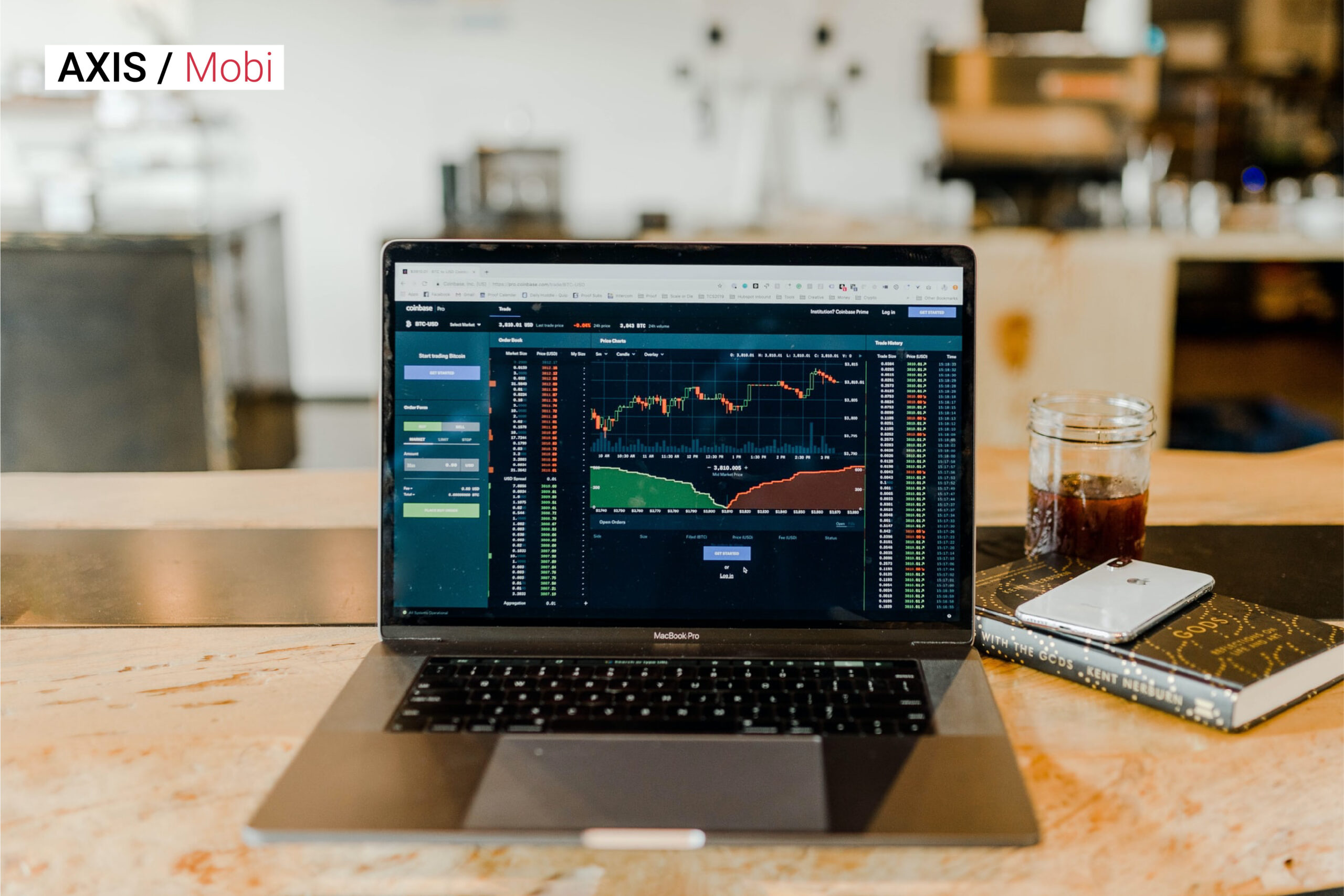 The (tumultuous) emergence of cryptocurrencies also alters how games are promoted and offer new revenue streams for game producers.

“The ability to trade in micro or fractional bits enables publishers to gamify numerous parts of the game,” said Kurt Kumar, RocketFuel’s VP of business development. “Achieving a level on the leaderboard, for example, is now accompanied with virtual cash that can be used to purchase skins or better gear.” Fortnight does it with V-bucks; (cryptocurrency tycoon) Brock Pierce’s first excursion into gaming was a firm that sold in-game accessories and generated more money than the game publishers did in 2001.” 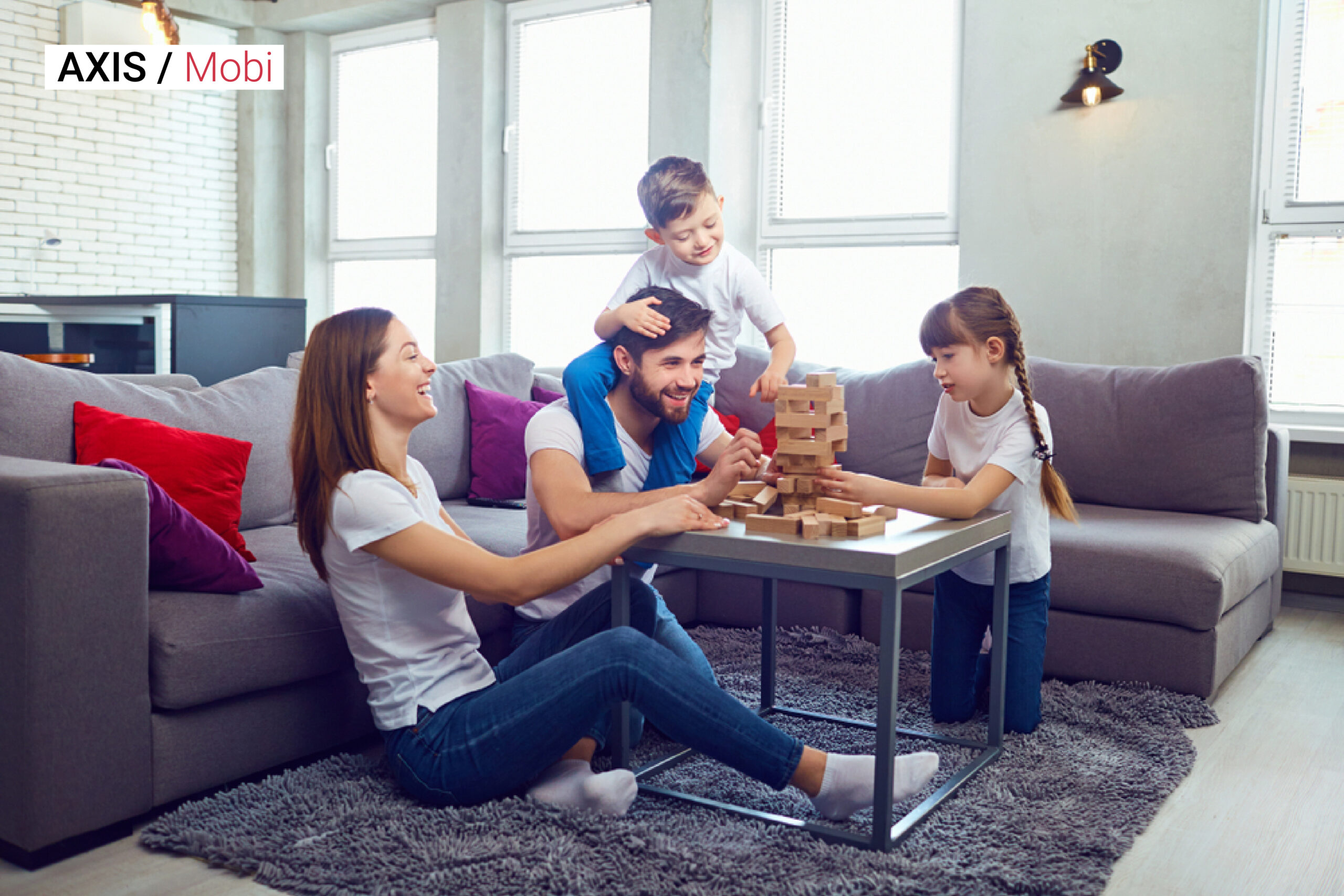 Millions of American families were forced to lockdown due to the epidemic, prompting parents to devise ways to keep their children engaged without losing their sanity. In many cases, they switched to video gaming together, and this new kind of family connection will continue long after the pandemic is over.

“Family activities are something that most kids and parents we meet indicate they want to continue post-pandemic,” Kleeman said. “This includes co-viewing of TV as well as co-playing of games, casual (on a phone or tablet), console (typically played on the family big-screen), and games to keep kids moving, such as GoNoodle Games, which has experienced enormous success during kid confinement and remote learning.” 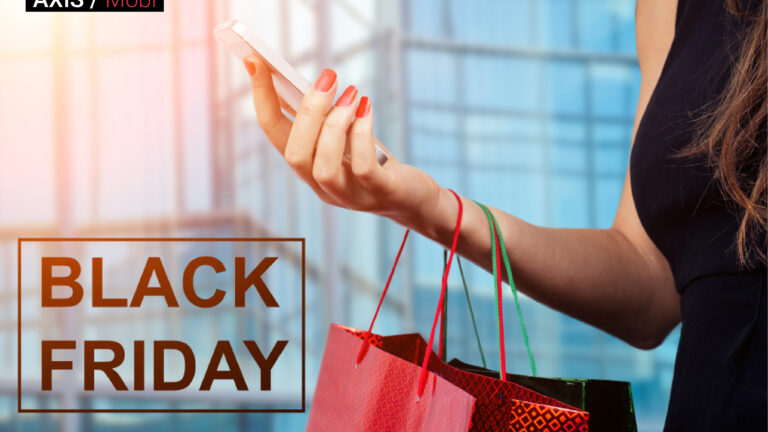 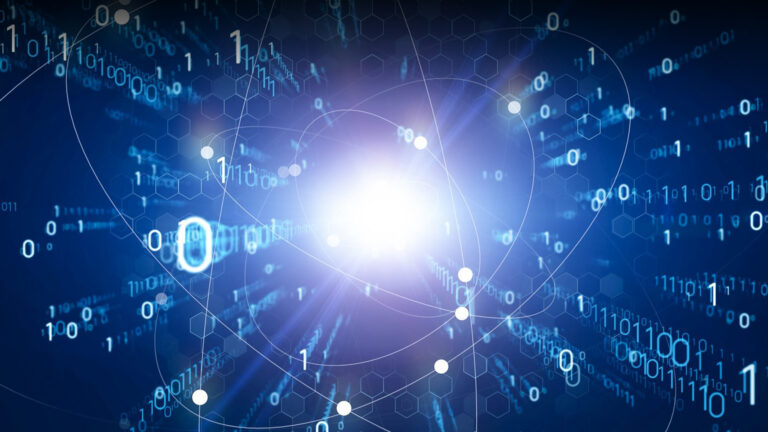 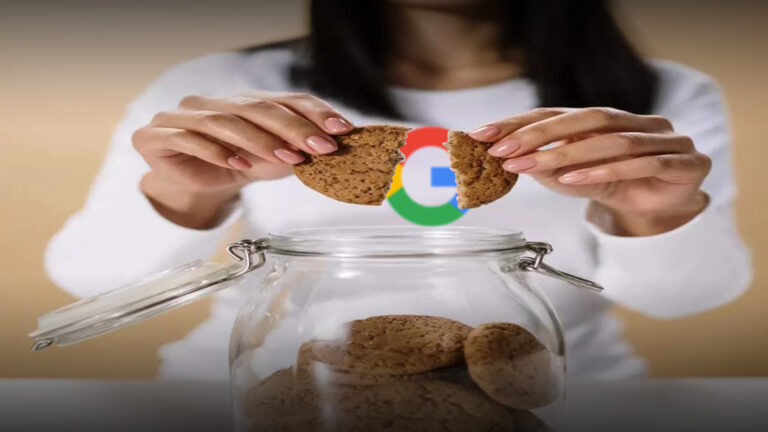 The Jar of Cookies is Emptied by the Google. Blogs 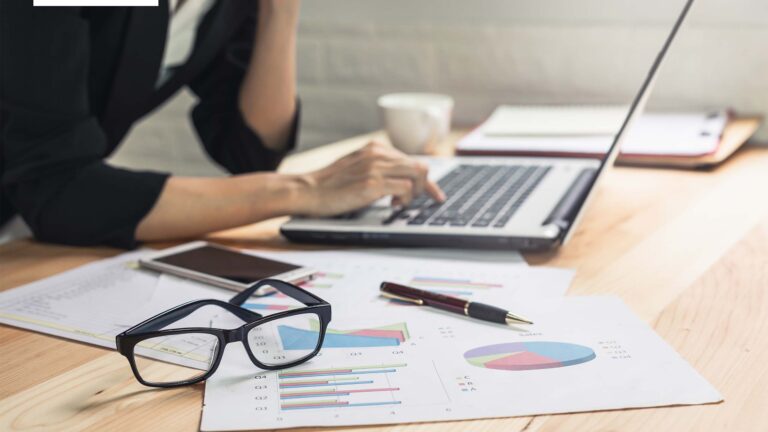 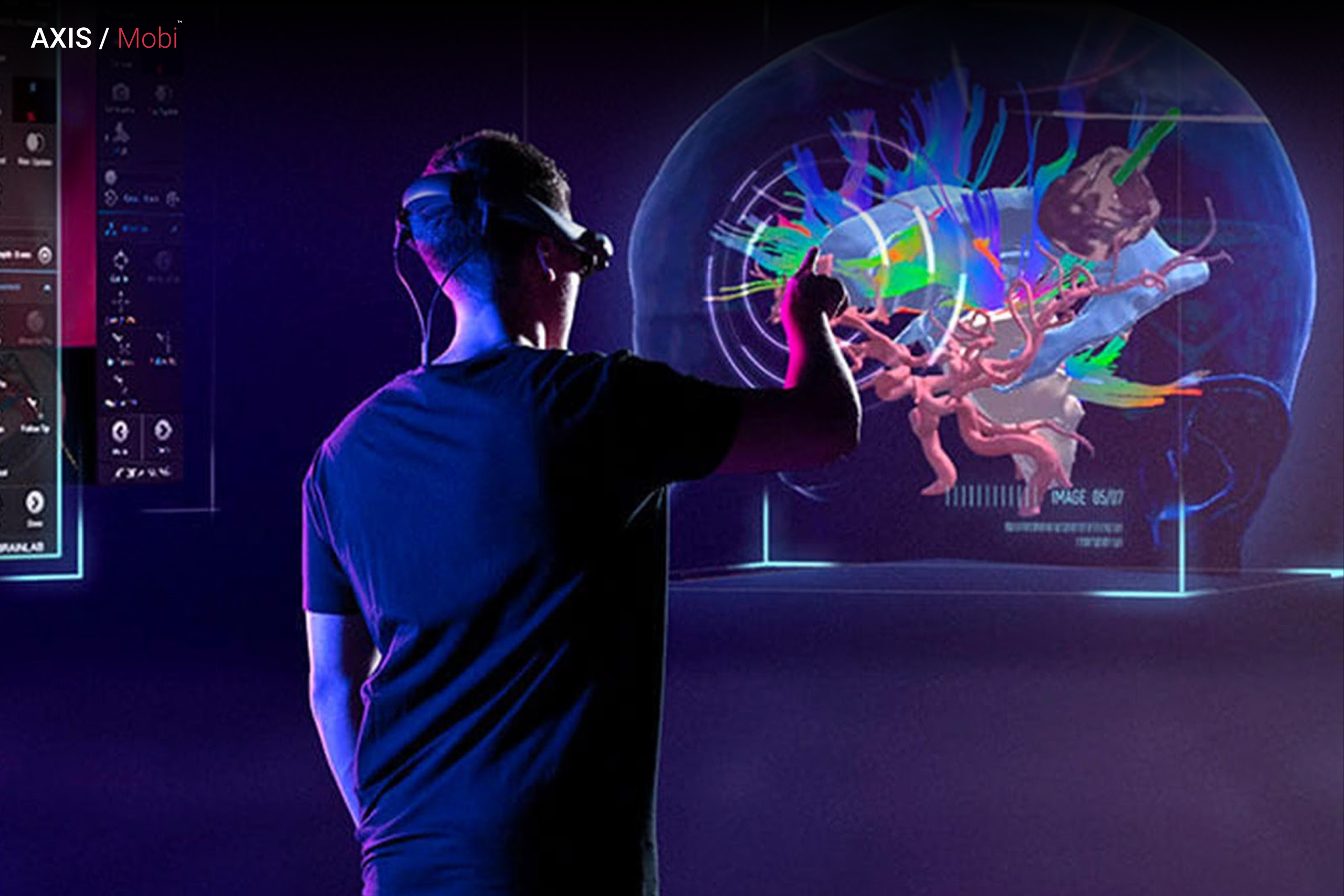 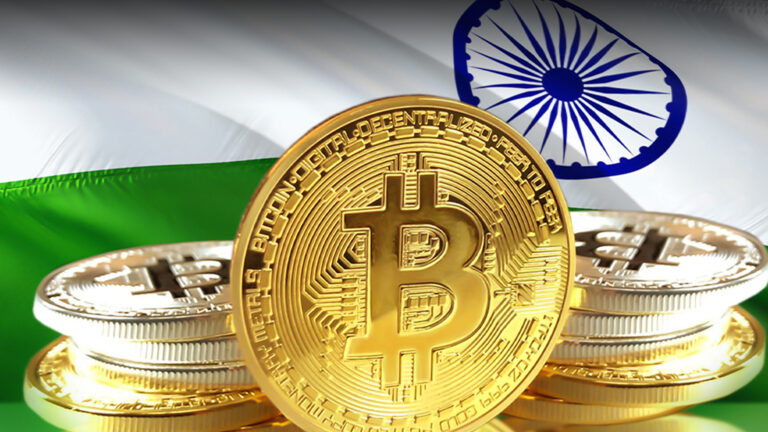